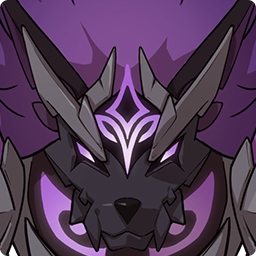 A beast with monstrous blood that is capable of eroding the boundaries of the world. They were created by "Gold."

Once upon a time, they ran riot across the continent, but they went extinct for a time due to resistance and mass hunts. Recently, however, they have re-emerged. The pack of black wolves that now threaten Springvale and Wolvendom are such creatures.

Enters "Devour" phase when rage meter is filled (triggered by attacking with Electro).