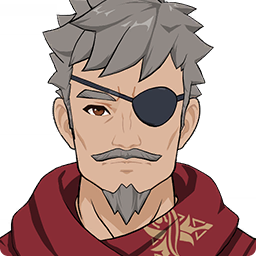 This desert warrior wields a large curved blade in battle. The skills such fighters boast of have been passed down since the days when their now-lost civilization was still extant, and are not only techniques to be used in battle, but also serve well as a performing art popular in various lands.

It is said that this sword art was once practiced from horseback.