A small flower-shaped insignia. If you listen carefully, you can almost hear a flute playing and voices singing.

An azure arrow fletching that has neither faded nor splintered with the passage of time. The sound of running water seems to linger around it. 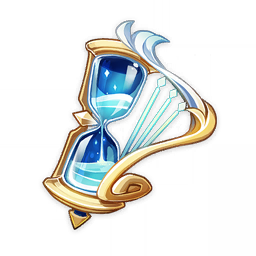 An hourglass used to keep time during a band performance. It once made a crisp sound, but their performance has since ended. 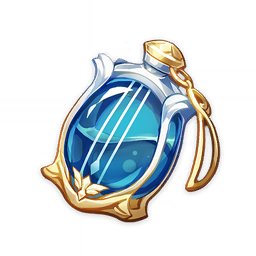 An ancient, strangely-shaped canteen. The interior is fitted with harp strings, which play a wondrous tune as the water flows out. 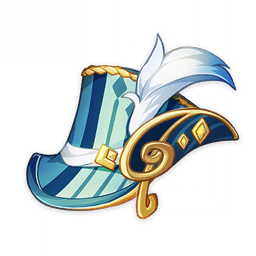 A top hat that has managed to retain its radiance despite braving the elements for time untold. An ancient tune still resonates within.