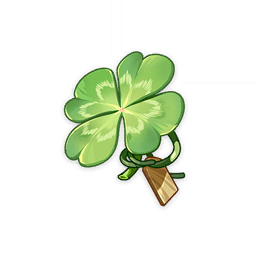 A four-leaf clover that grows in the wild. It was picked because it is said to bring good luck. 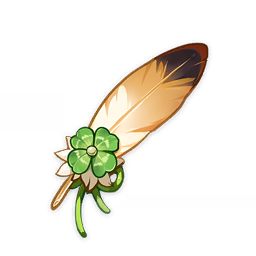 A monster once cornered an adventurer, but was then picked off by a hunting eagle... That eagle dropped this feather, which now carries some of the adventurer's good luck. 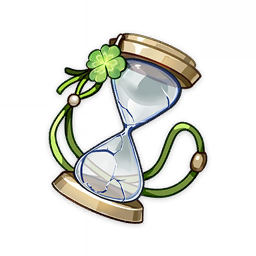 A broken hourglass from which all the sand has escaped. But it's fine, because the passage of time means nothing to someone without a single worry in the whole world. 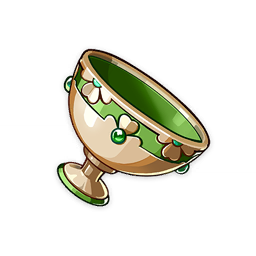 An exquisite metallic vessel that was once used to knock out a thief. 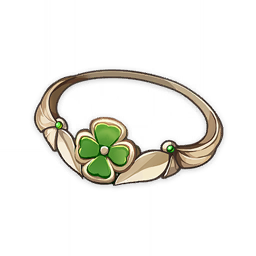 Its former owner once fell into a cave and found the treasure trove of an exiled royal. This is a souvenir from that incident.